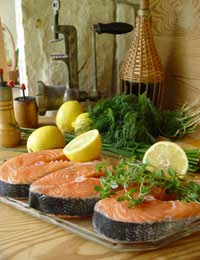 Anaemia can be a dangerous disorder to suffer from and can be prevented in most cases. It is caused by a deficiency in red blood cell production or because of a sudden loss of these blood cells. These cells are responsible for carrying oxygen around the body and are vital for good health.

Anaemia is a lack of red blood cells in the blood stream. This can be because there aren't enough being made or because of bleeding, whereby the person is losing their supply of red blood cells.In order to produce more of these cells, the body requires vitamin B12, folic acid and iron. If any of these substances are lacking, the production of red blood cells is decreased.The most common form of anaemia is due to a deficiency of iron and affects more women than men.

How Does Anaemia Occur?

Anaemia can occur for a number of reasons. One of the most common reasons is through blood loss, this can be external bleeding due to a trauma or injury, internal bleeding or because of heavy periods.It can also be caused in babies if they are premature as the developing foetus does not begin to store iron until the later stages of pregnancy.

Diet is becoming a more common reason for having an iron deficiency as more and more people are opting for a vegetarian lifestyle, and iron is found most plentiful in red meats.Occasionally an iron deficiency may be due to an underlying medical problem such as intestinal diseases.

What Are The Symptoms Of Anaemia?

Anaemia can present in many ways, or not at all, with the most common symptom being increased or constant tiredness.The person may also find they have palpitations, episodes of dizziness and fainting or poor wound healing. These all occur as the oxygen level decreases as there are fewer oxygen-carrying red blood cells in the body.

How Can Anaemia Be Prevented?

Anaemia can be prevented in most cases. Most importantly, protection against external injury should be sought where possible such as when playing sports, wearing seatbelts in cars and using other protective equipment when able.Heavy periods can be treated in a number of ways; methods include surgical treatments, out patient treatments or using medications such as the contraceptive pill.

Eating a healthy diet that includes all the food groups will help to keep iron levels at the required level. If a vegan or vegetarian diet is followed, supplements can be taken in tablet form, or by increasing the intake of other iron rich foods such as fortified cereals and wholemeal products.

Vitamin B12 stores can be increased by consuming plenty of cod, salmon and cheese, or by taking a supplement, though an underlying diagnosis as to why the vitamin B12 is not being absorbed will need investigating.